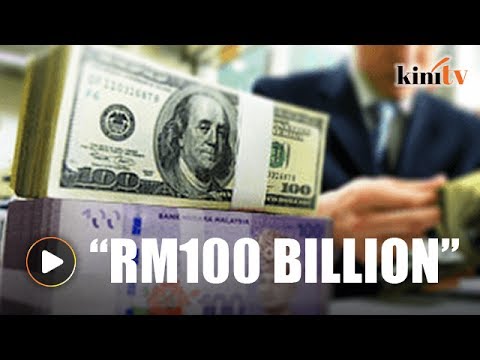 Malaysia, a nation who became a trader in the forex market

I just wanted to share what I've read. It made me realize that anything can happen in the forex market.
It was today that I learned that my country's central bank called Bank Negara was involved in forex trading back in 1992. It was all done by the bank Governor and also Finance Minister at that time. Basically the central bank and the government were in cahoots to make a profit trading in the forex market. I've read that they used Bank Negara employee computers as well as their own to execute their HUGE position. In the range of billions of dollars.
In the year 1992, they went into the market buying sterling pounds in hopes that they go up. During that time, the Bank of England (BOE) was in the European Exchange Rate Mechanism (ERM) and was basically playing the cat and mouse game and trying to one up the Deutsche Mark. This resulted in low interest rate and very high inflation in the UK.
Enter George Soros, a hedge fun manager at that time who saw that the pound was severely overvalued and decided to short it. His position was fairly large, in the range of tens of millions of dollars. Bank Negara was basically on the other end of that trade, in their mind there's no way some small hedge fund could bring down a CENTRAL BANK. So they kept their long position on the pound until Wednesday September 16th 1992 came when BOE had to pull the pound out of the ERM because of the financial pressure that had built up from within. This made the pound plummet and cemented two things in history. That day is known today as Black Wednesday and George Soros was crowned "The man who broke the Bank of England" by making a profit of US$1 billion in a single day.
As for Bank Negara? Investigations were conducted within my country and the estimated loss of that trade was around US$10 billion. In other words, a lot of our nation's money went into Soros' pocket. Bank Negara was also reported to be insolvent after that loss and had to be bailed out by our Ministry of Finance. They did that by selling shares of MAS (national airline company), Telekom (national telecommunications company) and Tenaga (national utilities company). MAS had been struggling in the airline industry ever since. Both the bank Governor and the Finance Minister were relieved of their duties.
The losses had since been recovered but the whole incident effectively pushed the advancement and development of the country by a few years. Bank Negara had stopped their trading for profits activities ever since and sticking to only regulating the money supply, as it was intended in the first place.
That's a piece of my country's history and how it was tied to the forex trading world and the rest of the world events. Thank you and hope you had a pleasure reading.

Analysts at ANZ note that as per the expected lines, Bank Negara Malaysia (BNM) has cut its Overnight Policy Rate (OPR) by 25 basis points to 3.00%. Key Quotes “The BNM noted that the rate cut is intended to preserve a suitable degree of monetary accommodation given some tightening of domestic financial conditions.” BANK NEGARA INDONESIA Work from Home Singers Name Width Height bank negara malaysia forex exchange rate Keep history.The Ringgit, unofficially called the Malaysian Dollar, has been Malaysia's official History.Bank Negara Forex no scams work home online jobs Rate , Exchange Rates: Rn Jobs Work From Home Hedis Below are the major currencies available for exchange at Hong Leong Bank.Standard ... As Malaysia's Central Bank, Bank Negara Malaysia promotes monetary stability and financial stability conducive to the sustainable growth of the Malaysian economy. Jalan Dato' Onn, 50480 Kuala Lumpur, Malaysia; 1300 88 5465 (BNMTELELINK) +603 2698 8044 (General line) [email protected] MBSB Bank is regulated and supervised by Bank Negara Malaysia under the Islamic Financial Services Act, 2013. Read More. Career. If you wish to kick start your career or looking for career advancement with us, we have available positions that might be a good fit for you. Read More. Branch Locator. Find your nearest MBSB Bank branches. Northern Region ; East Coast Region ; Central Region ... Bank Negara Malaysia publishes the interbank exchange rates on ... it’s always a good idea to compare the interbank rate against what your bank is offering to see if it’s a favourable deal or not. You can get an idea of the live mid-market rate by using the calculator below. 1. 0. Updated: 09 Nov 2020 12:34:36 UTC. How do BNM’s interbank exchange rates compare? Since Bank Negara Malaysia ... Forex Rate Bank Negara, To have happened between 1987 and 1992 when the forex rate bank negara exchange rate Select Dataset · Interest hotel reservation work at home job Rates:. Rates from the Interbank body shop at home starter kit contents Foreign Exchange Market in forex rate bank negara Kuala Lumpur.! Bank Negara’s choice to slash interest rates could further bring down the value of ringgit, and the government should track national currency carefully, tells MCA chairman Datuk Seri Dr Wee Ka Siong. He pointed out that yesterday’s trimming of the Overnight Policy Rate (OPR) to 3.00% narrowed the interest rate differentials between Malaysia and US where interest rates range from 2.25% to 2 ... Home. News. Announcement; Press Release; Tender Announcement; Foreclosure Auction; Job Opening; Promotion & Events. Promotion; Prime Lending Rate; Personal. Savings bank negara forex Monday, June 1, 2009. bank negara forex. What is FOREX! Forex market is an international money market. Forex formed its name from foreign currency exchange operation: FOReign EXchange, or FOREX, for short.Forex is one of the youngest financial markets and has had its present appearance since the 1970s. Due to the sheer volume of the money market, Forex is the most dynamically ... Foreign Exchange Reference Rate : Jakarta Interbank Spot Dollar Rate (JISDOR) JISDOR represents the weighted average of USD/IDR spot transactions traded in the interbank market within a specific window, captured on a real time basis through Bank Indonesia’s monitoring system of foreign exchange transactions against Rupiah (SISMONTAVAR). JISDOR is intended to be a market reference for USD/IDR ...